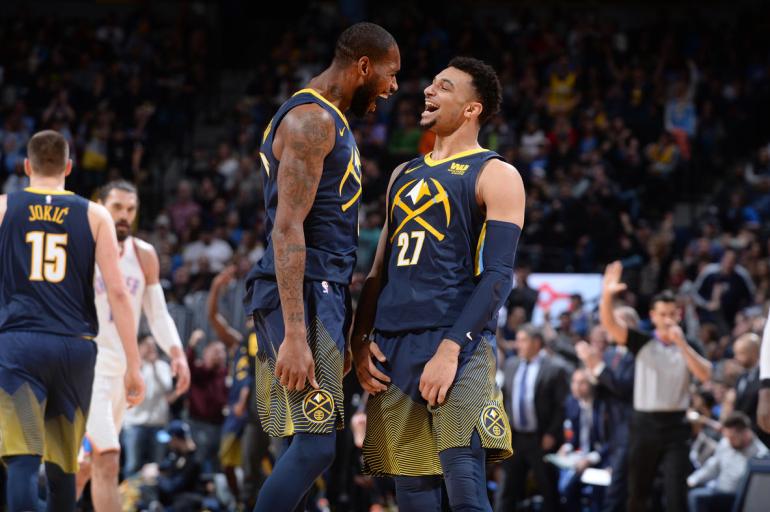 Friday’s NBA playoffs preview breaks down Game 6 between the Denver Nuggets and Portland Trail Blazers, along with NBA tips for all other matches being played today.

Final Thoughts: The Denver Nuggets have one hand on a place in the Western Conference Finals after winning back-to-back games against the Portland Trail Blazers.

The Blazers crafted a 2-1 lead after winning Game 3 at home in an astonishing quadruple overtime epic.

But the Nuggets squared the ledger with a clutch 116-112 victory at Moda Centre in Game 4. Denver’s 27-14 third quarter was the difference after being outscored in the other three quarters. Jamal Murray shone with 34 points, while Nikola Jokic put up another triple-double.

The Nuggets then wrenched back the advantage in the series with a 124-98 thrashing of the Blazers in Game 5.

Jokic was huge again with 25 points, 19 rebounds and 6 assists. Only 15 players in NBA playoffs history have racked up that many points, rebounds and assists in a game.

The blowout was an anomaly in the teams’ recent history – the teams’ previous 10 clashes were all decided by nine points or less.

The Nuggets have won three of their last five in Portland. But the Blazers boast a dominant 36-10 home record this season, winning 12 of their last 13 at Moda Center.

It’s do or die for the Blazers, but the Nuggets have taken control of the series. With Jokic and Murray in red-hot form, the Nuggets are great value as underdogs and look the goods to close it out in Game 6.