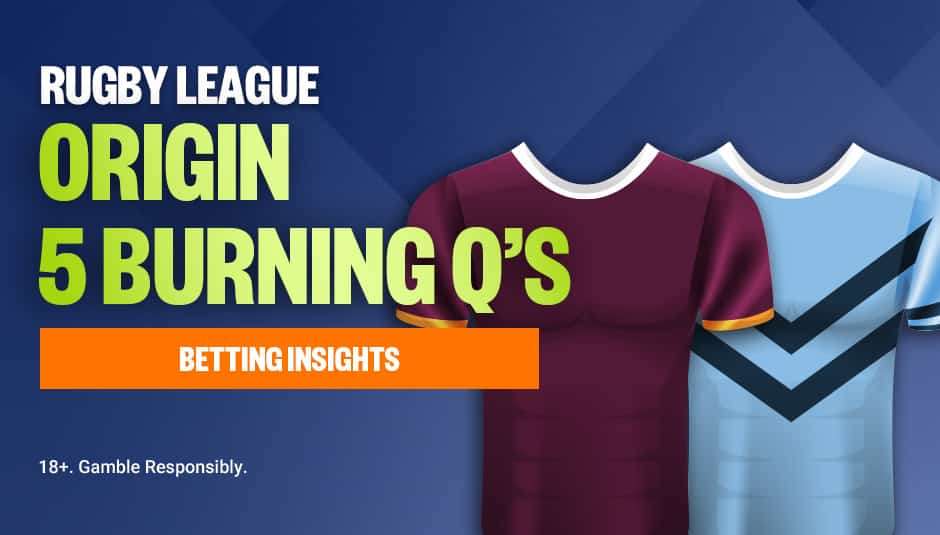 The New South Wales Blues have locked up the State of Origin shield for 2021, but the Queensland Maroons will put everything into avoiding a sweep.

Can the Maroons keep up with the Blues on the scoreboard?

The current state of the Queensland Maroons doesn’t have the points in it. Not if the New South Wales Blues are allowed to score with such ease out wide again in Game 3. While the Blues halves are new, the game plan will remain the same: Get clean early ball out to Latrell Mitchell, Tom Trbojevic and James Tedesco and let them do the rest.

Queensland should, however, offer a little bit more with the ball this time round. Andrew McCullough is a serviceable veteran at NRL level, but he stalled any chance of the Maroons developing an attack in Game 2. They looked a lot better with the ball once Ben Hunt was installed.

Kalyn Ponga’s return also gives Queensland another ball-playing option. Valentine Holmes can provide the finishing touches to a shift whether he’s making the final pass or dotting over in the corner, but he needs a lot of work to be done inside him. Ponga can create something out of nothing and will at least threaten the Blues defensive line at times.

Will Munster and Cherry-Evans be on the same page?

“We are not very in sync at the moment. A lot of players are doing different things and we are calling up players and unfortunately it is not getting there so we need to have a chat at halftime and make sure we get to our spots because obviously they are getting over us.”

Those were the words of Cameron Munster at halftime of Game 2. Things didn’t look much better in the second half either as the Maroons failed to throw even the weakest of punches with the ball in hand.

While the failings of a Queensland attack that was kept scoreless at Suncorp Stadium for the first time in State of Origin history isn’t solely on Munster and Cherry-Evans, the change in form lies with them primarily. They touch the ball more than anybody else in the side and are tasked with putting players into positions to score. That responsibility is even more important given the gap in attacking quality between themselves and New South Wales.

Whether or not the pair can get on the same page remains to be seen. If they can’t, Under Queensland’s total points mark of 14.5 appeals at $1.86.

What is Mitchell Moses role in Game 3?

Mitchell Moses simply needs to produce a solid performance to ensure he is the next name on the list behind Nathan Cleary over the next few years. It’s a depth-building experience for Fittler and the Blues and they’re looking to provide their backup halfback with valuable State of Origin experience now that they’ve been given the chance.

Mitchell Moses beats Adam Reynolds to make his debut for the NSW Blues in the Halves.

He’s playing behind a strong pack and has attacking options to burn out wide. It’s a game setup for Moses to produce a handful of standout plays without forcing his hand given he is always following up through the middle and supporting breaks. He’s a strong and willing enough ball carrier too.

If Moses can organise the middle and provide the Blues backline with quality ball, he will at least earn a pass mark and on call for Fittler should disaster strike again in 2022.

He’s at $4.50 to celebrate his State of Origin debut with a meat pie.

Tom Trbojevic: Can he be stopped?

Tom Trbojevic is in a special sort of form. It is being talked about as one of the best individual seasons in recent memory, and one that will be replayed forever if he can drag the Manly-Warringah Sea Eagles to an NRL Grand Final if not win the whole thing.

On Wednesday night, it’s all about limiting the damage for Queensland – they won’t stop Trbojevic entirely. He’s playing too well at the moment. The Maroons will need to take risks in closing him down; take away the space and force this new-look halves pairing to go over the top to Josh Addo-Carr on the wing rather than allowing Trbojevic to wind up in space. Inside pressure on the halves feeding Trbojevic is also important.

Limiting the time Trbojevic has with the ball is Queensland’s best chance at slowing him down.

Who is scoring the points?

The Blues outside backs are the obvious favourites to cross the line.

Josh Addo-Carr and Brian To’o are equal favourites at $1.62. The rest of the Blues back five round out the first five lines of betting with Tom Trbojevic at $1.72, Latrell Mitchell at $2 and James Tedesco at $2.10. It isn’t until the sixth line of betting that a Queenslander pops up: Valentine Holmes at $2.50.

Kalyn Ponga’s $3.40 is worth looking into. However, his inclusion as a ballplayer out the back of shape is more likely to benefit Holmes and Hamiso Tabuai-Fidow ($3.75) out on the left edge in the try scoring department.

Big fellas are finding success close to the line at the moment. Dale Finucane knows how to fall over and is worth considering at $7. Likewise, Tino Fa’asualameaui taking a short ball off the ruck from Ben Hunt to score at $9.50 is a worthy roughy.